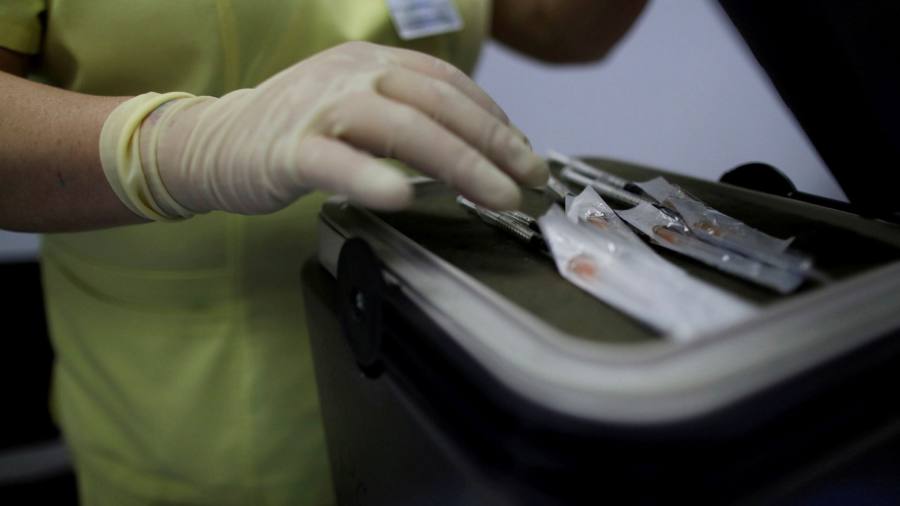 Scientific advisers to the US Food and Drug Administration will begin discussing whether to authorise boosters of Moderna and Johnson & Johnson’s Covid vaccines, in what is set to be another heated debate over whether extra shots are needed and by whom.

The outcome of the two-day meeting, which begins on Thursday, could help clarify confusion over the US booster programme, which has been much narrower than the Biden administration had initially envisaged.

Last month advisers to the FDA and Centers for Disease Control and Prevention clashed over whether to recommend booster shots for Pfizer’s vaccine. In an unusual move Rochelle Walensky, CDC director, overruled the agency’s advisory panel and expanded authorisation for extra Pfizer shots to people at high risk of exposure to Covid-19 in the workplace.

The complex criteria on eligibility and the lack of extra shots for those who initially received Moderna and J&J vaccines complicated the Biden’s administration’s plan to roll out booster shots last month.

The advisers will also discuss the results of a preliminary study of a US trial on mixing Covid-19 vaccines as part of a booster programme — a practice that some experts believe could boost a person’s immune response and ease logistical challenges in rolling out boosters.

Moderna has asked the FDA to recommend authorising a half-dose of its mRNA vaccine for people who received their second jab at least six months ago, arguing this would restore waning antibody levels and protect against breakthrough Covid-19 infections.

People over 65 years of age; those with health conditions that make them vulnerable to Covid-19; and individuals in jobs or institutions with high exposure to the virus should be allowed a booster, the company said in its application.

Both Moderna and J&J’s applications are consistent with the CDC’s decision to authorise Pfizer booster jabs to those most at risk from Covid-19.

Most health experts predict the FDA’s vaccine advisory committee will back both companies’ applications, even though some question whether there is enough evidence to show extra shots are needed to prevent serious illness or whether boosters fully restore protection.

“I do think both Moderna and J&J boosters should be given emergency authorisation, but the data the two companies submitted is well short of proof needed to demonstrate the restoration of full effectiveness with additional shots,” said Eric Topol, director of the California-based Scripps Research Translational Institute.

Amesh Adalja, senior scholar at Johns Hopkins Center for Health Security, said the scientific advisers were likely to have another robust discussion over the data due to concerns that politics had contaminated the decision-making process on authorising boosters.

The administration’s booster strategy has caused internal wrangling within the FDA. Two senior scientists, who are leaving the regulator, published an article arguing last month against boosters, saying the doses could save more lives if used in unvaccinated populations.

“Obviously the president announced this idea about boosters long before any of these committees [and] long before the data had been submitted,” Adalja said. “A lot of us [experts] are left with the impression that when the CDC director added back in that fourth recommendation from the [CDC advisory panel] that that was trying to make the president’s promise hold rather than actually looking at the data.”